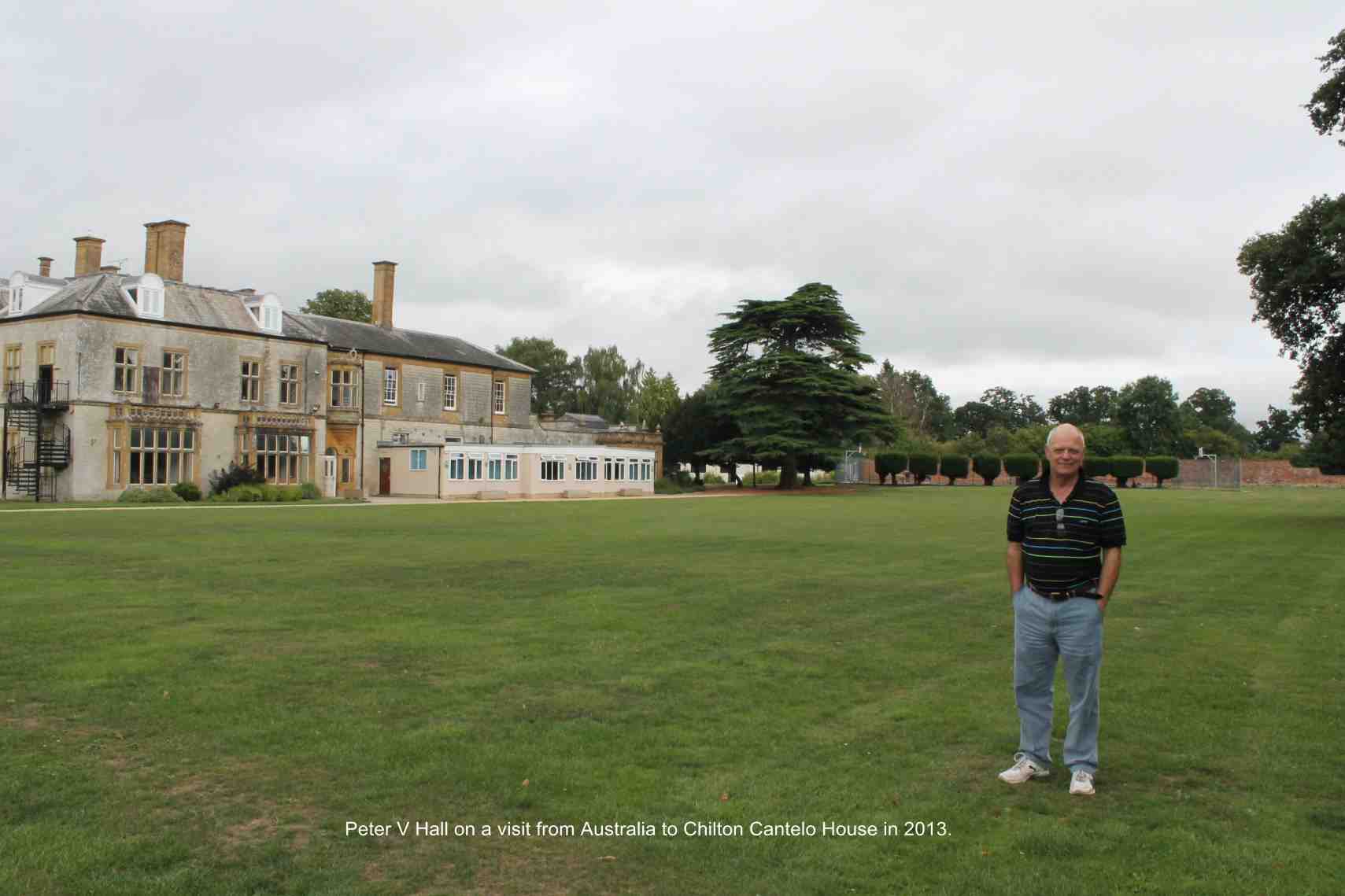 I heard through the grapevine that Chilton Cantelo’s Marketing Manager Anne Brayley showed old boy Peter V. Hall, and his new wife from Victoria down under, around the old school last August. Peter was at Chilton circa 1966-67. Anne mentioned in an email that it was a delight to show them around. I have just received an email from Peter telling us about his life after Chilton. I would be grateful for any other similar contributions from old boys/girls for publication under the title “My Life After Chilton”.

I went travelling through Africa and Europe for the next 2 years, teaching rugby, driving trucks and naturally have the occasional bevvie!! In mid ’68 a friend suggested that I could get free board and lodging by joining the Army – yahoo, I thought, so off I went and had 9 months as a rifleman in the Royal Green Jackets. Being a squaddie did not appeal to me much, so applied for a commission and proceeded to become an officer. Two weeks after graduating I found myself on the streets of Belfast in August 1969 having bullets, petrol bombs and rocks thrown at me – talk about a baptism of fire!!

Three tours in N Ireland and three years living in Germany, on and off, and having reached the rank of Captain with another 8 years to become a major I felt my time was up and went to Australia to see my parents, who were there from S Africa for a secondment for two years.

Absolutely fell in love with the place and have not moved since – now 40 years! Married and had two gorgeous kids who are now in their mid thirties (one with my first grandchild and the other still practising!). I joined IBM in the mid 70’s and sold office equipment and computers and was responsible for launching the original IBM PC into the Australian market. What an exciting time that was – a 10MB (what’s that!!) 128k ram computer at $6,500 !!  What a steal?! I had to go out and try selling this for myself so left IBM and started a dealership with two friends. We grew the business very quickly to a $7m turnover within 4 years and employed 43 people and had great margins of profit. I could see that hardware was not going to be as profitable, as the Taiwanese clones were coming in much cheaper and with longer warranties. The friends decided to continue with the business and I left to go on my own.

So many businesses in IT, and food later, and two further marriages, I am now retired in a small city called Ballarat in Victoria. Recently married (to the one I should have married 40 years ago) just prior to going to UK a few months ago. So our trip to UK and Italy was a sort of honeymoon.

I have travelled extensively through Asia, America, Mexico, Africa and Europe on business and on vacations and want to do a bit more, but in the mean time we might do some travelling in this vast land called Australia.

So if you ever get anywhere near us in OZ, I would be delighted to catch up and hear your story.